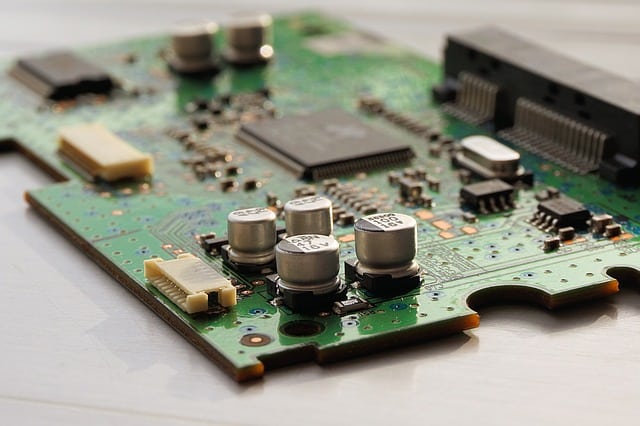 Welcome to the second part of our two part computer repair series where we show you how we decide whether a computer issue is hardware or software. I meant to complete this series a couple weeks ago but work and life got in the way. It has turned into a two part series too!

We have already discussed undoing any recent changes, undoing any software or driver updates, trying Safe Mode and analyzing Blue Screens of Death. So let us continue with our work. We will begin with more fact finding before moving on to highlight the typical symptoms of hardware failure.

Check Blue Screens – If your computer is giving you the Blue Screen of Death (BSOD), we would need to replicate it to learn more about what’s wrong. The BSOD screen will often tell us exactly what’s wrong with an error description at the bottom. For example ‘IRQL_NOT_LESS_OR_EQUAL’ or ‘HAL_INITIALIZATION_FAILED’. These tell us more about what is wrong.

Blue screens can be caused by both hardware and software so that description is vital for us to effectively troubleshoot.

Check Event Viewer – Windows collects data on everything that goes on within it and allows us to see them in Event Viewer. It’s a built-in tool that forms part of the Administration Tools suite and is useful for finding more minor faults. If our previous troubleshooting efforts haven’t told us what’s wrong, Event Viewer might.

Check Device Manager – Device Manager is where Windows lets us check drivers and the status of hardware connected to the computer. If Windows cannot access or use the device, there will be a little red x next to it. If there are errors or issues with that device there will be a yellow warning triangle next to it. We can also update drivers from here which we may do depending on what’s going on.

Run diagnostics – Depending on the problem, there are a few diagnostic tools we can run to learn more. Some are internal to Windows such as System File Checker (sfc) which checks the installation and some are third party such as MEMTEST+86 which checks memory configuration. Diagnostics take time but can be very effective at telling us exactly what’s going on. For example, MEMTEST+86 can take 8-10 hours to run but tells us literally everything there is to know about your RAM.

Windows and driver update – If the symptoms or our troubleshooting leads us to suspect a driver or configuration issue, we would completely update all your drivers. We would boot into Safe Mode and remove all drivers. We would then update all of them directly from the manufacturer or from Microsoft. You would be amazed at the number of issues this fixes.

System restore – If we believe the problem to be within Windows and we cannot fix it we would perform a system restore. This will fix many issues but only if you have Windows System Restore running and have restore points we can recover from.

Windows rebuild – Reinstalling Windows is the fix of last resort if we are convinced the issue is software. Windows 10 allows us to install it again while keeping all your files but this isn’t always possible so we only use this if we absolutely have to!

I think it work reiterating that hardware troubleshooting is not an exact science. Like many aspects of our lives, what might seem straightforward at first glance can be anything but when you take a closer look. Fixing computers is one such aspect. However, as a general rule, the following symptoms are good indicators of what might be wrong with your PC.

CPU – If your processor has failed, your computer will not boot at all. If your CPU is overheating, it may work for a while and then give a BSOD. This may happen quickly if you’re performing intensive tasks or not so fast if you’re just browsing the internet.

RAM – Computer memory is all about timing and if anything gets in the way, it can cause errors. If applications randomly crash or Windows isn’t working properly, or your get a BSOD, it could be memory.

Motherboard – Your motherboard is the backbone of your computer and is the conduit through which everything works. Problems here can look like any of the issues described above as well as not booting, random crashing or any number of errors. This is a tough one and we usually test with one of our spare boards as it is the only reliable way.

Hard drive – Hard drive issues can be as simple as a noisy drive warning you of impending failure to it suddenly giving up and not showing up in Windows. If the drive contains your operating system you will see ‘No boot drive detected’ when you first boot your computer.

Graphics card – Graphics card errors are varied. They can manifest as corruption in games, flickering or noise on the desktop, noisy fans, freezing, randomly rebooting or crashing. You may notice this happening fast when playing games, which could indicate heat as the issue.

Power supply – Of all the computer components, the power supply most often fails. It has a lot of work to do cleaning up the voltage, filtering it and sending it to critical components. Symptoms of failure include random crashes, crashes when playing a game as the graphics card pulls a lot of power, or not booting at all. Like the motherboard, the only way to effectively diagnose is to swap it with a known working one.

Sound card – Most new computers have onboard sound but some older ones use a PCI card. Symptoms of failure include no sound at all, popping during playback, interference and not playing through any or all speakers.

Fans – Heat is the enemy of all computers so fans are extremely important. If they fail they may make a screeching noise or they may fail silently. Failure may mean your CPU or graphics card overheat and show the symptoms above. A quick inspection can quickly tell if a fan is working or not.

Those are the most typical symptoms of hardware failure. If your computer exhibits any of them bring it to Dave’s Computers in Hillsborough and we can fix it!