The best new features in iOS 10 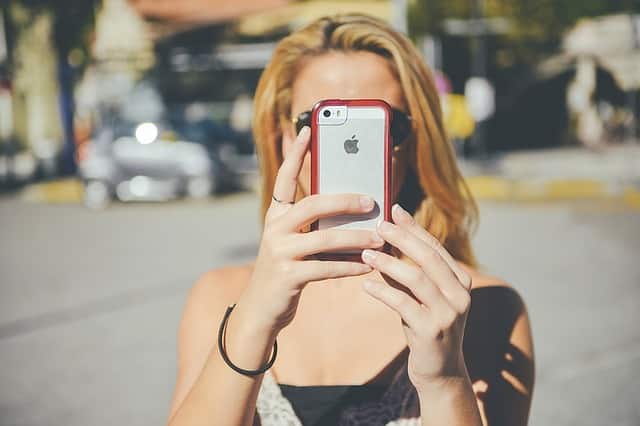 I have had a little time to play with iOS 10 now and am actually running iOS 10.1. I know iOS 10.2 and 10.3 are in beta but I’m sticking with what I have for now. There is plenty enough to get my teeth into with this update so I have no need to risk stability with a beta release!

Apple called iOS 10 their ‘biggest iOS release ever’ and while it may ring in the changes, it isn’t quite as groundbreaking as Apple makes out. What iOS 10 is, is easier to use, better looking, more fluid and a nicer experience. For those improvements alone it is worth updating your phone, if it is compatible. As usual, Apple are keen to force an upgrade so anything older than iPhone 5 and you’re out of luck.

So what are the best new features in iOS 10? I have now has almost six weeks to find out so here is what I think.

The new lock screen in iOS 10 will be the first thing you notice when your device boots for the first time after the upgrade. The first thing you will see are the new widgets. If you swipe right you will open the widgets. You can customize what appears here and you will do that right away if you’re anything like me. I was never fussed about widgets before, now I like them!

Raise to wake was a headline change for iOS 10 and for once it lives up to its billing. Just want to check the time or see if someone tweeted you? Just lift the phone and the screen will show notifications. While a little thing, it will completely change how you use your phone.

The new look Control Center is much easier to navigate, use and understand. Gone is the cluttered UI and icons and here is a sleeker, more polished UI that quickly gets you where you need to go. While it now looks and acts more like Android, the Control Center looks purely Apple with flat icons that can be sorted and arranged to your liking. There is also AirPlay and AirDrop controls alongside the other usual suspects.

Do you try not to laugh when your buddies talk like a robot in order to get Siri to understand them? That should be at an end now as the new iOS 10 Siri can understand us much better than before. Those 2 billion weekly requests have been put to work improving Siri’s understanding of speech and enables more conversational instructions to be understood. I haven’t heard Siri say sorry once since the change.

The other update to Siri is the ability for it to interact with non-Apple apps. For example, ask Siri to send a WhatsApp message and it will. Ask it to book you an Uber and it will. More apps are being added all the time too.

Apple Maps was never particularly good. I always ended up using Google Maps because I found Apple Maps to be clunky and inaccurate. The new version has fewer annoyances than the older version and doesn’t spring back into place when you use turn-by-turn directions either which was my biggest problem with it. You can now move the map, pan, zoom in or out and more without it pulling you back to the centered location. Much better!

Remember when Tim Cook told us all to use Google Maps instead because Apple Maps was so bad? Those days are over.

Another neat addition to iOS 10 is the ability to change default apps. While most of those defaults are pretty good, many third-party alternatives are much better. If you don’t use many of the apps you can now remove them instead of just hiding them in a different screen or ignoring them. Hold one down and Remove just like other apps. It’s a small thing but one I for one appreciate.

iMessage has felt the love in iOS 10 too. While I couldn’t care less about the new emojis, they are 72 of them there if you love them. It’s the other stuff like rich links and live camera view that I think are worth the effort. Bubble text looks like a novelty but may come in useful and invisible ink could be a bit of fun but I think digital ink definitely has the most potential.

The art of handwriting is fading fast but I think it has a real artistic quality about it that I would be sad to miss.

The iOS 10.1 update saw the inclusion of Portrait Mode and message replay while fixing quite a few bugs too. That update has been available for a little while now and I downloaded the update a week or so ago. I don’t have an iPhone 7 Plus so I don’t get to use Portrait Mode but the bug fixes are welcome. I haven’t used the animation replay feature in iMessage yet either but I guess if you’re a fan of emoji you’re going to like that.

Overall, I think iOS 10.1 is a solid update that makes the iPhone feel like new again. After a few years of iterative updates that looked largely identical except for a new feature here and there, we now have something new and shiny to play with. Something that takes all that extra horsepower contained within the iPhone 7 and utilizes it fully. For that alone I think iOS 10.1 is worth the download.

If you have a compatible device, you should already have seen the message to upload to iOS 10. If you haven’t done it yet, iOS 10.1 will download automatically in its place.

Be aware though that iOS 10.1.1 has its own issues as reported here.