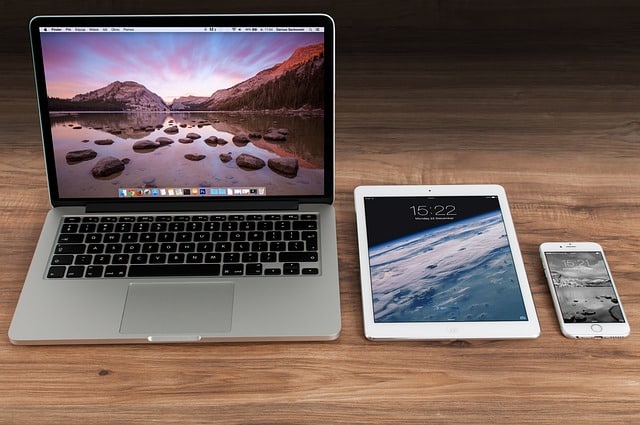 I love Christmas, it’s the one time of year where people put aside their differences and get together, communicate with other people and play more of a part in family. It’s also a time for getting new stuff which is always nice. If you got a new computer or phone for Christmas, like millions of you likely have, there are a few things you need to do before you do anything else.

If you do these quick things, you improve the security of your device and protect yourself from the worst of the threats on the internet. Considering it will take less than half an hour, it’s an exercise that is well worth doing.

All of these tasks should be done regardless of whether you have a Windows or Apple computer.

Check your firewall and install a third party one

Both Windows and Mac come with a software firewall built in but neither is very good. The Windows firewall isn’t very effective and doesn’t block outgoing traffic and Apple’s version is difficult to manage and a bit fragmented. It is easier to turn them both off and use a third party firewall.

Both operating systems have a range of paid-for and free options that do a much better job of stopping traffic and allowing you to configure them. Shop around, find a good one and use it. It will help protect you and your data.

The same goes for antivirus software. Windows Defender is okay but falls way behind other commercial products in terms of detecting and neutralizing viruses. Apple is more secure but no longer immune to viruses and will also need protection from malicious code.

Once you have installed a firewall, it’s time to find a good quality antivirus. Again, there are both free and paid-for options. Both are as effective as each other but premium products have more features. You are no less protected with free products!

Malware is another threat that targets both Mac and Windows. Many malware threats use web protocols that can target both operating systems. There are also specific threats for each system too, which is why good malware detection is important.

As far as I’m concerned, the only one worth having is Malwarebytes. It comes in both Windows and Mac flavors, it’s free and very, very good at catching and removing malware.

Once you begin configuring your computer how you like it and begin adding media, programs, apps and personal data, it’s a good idea to make a backup so you don’t lose any of it. Macs come with Time Machine which allows you to make backups and Windows users can utilize Windows backup which can create a copy of your files and data or entire drive for when the worst happens. You can then just reinstate the backup should anything happy to your computer.

Perform those four tasks and your new Christmas present should continue giving joy long after we’re all back at work, school or college.

Did you get a new phone for Christmas? A new iPhone? New Pixel? Something else? Been using it a few days and loving it? That’s great, but before you disappear into your post-Christmas routine, there are a few things you need to do to make sure your phone is secure.

You will already likely know that you don’t just pick up a piece of technology and begin using it without an eye on how to protect it and you from the risks out there on the internet. If you take care of these things first, you can use your phone freely without having to worry about a thing!

Get these four tasks out of the way and you can use your phone, customize it, change the look and feel and generally use it as you see fit. All without worrying about a thing!

Set up a lock code

A lock code is the PIN or pattern you enter into your phone to unlock the sleep screen. Newer phones like the Samsung Galaxy S7 use fingerprints to unlock. If yours has this function, set it up right now. You will still need to set up a backup PIN, but securing your lock screen is the most basic protection.

Setting up automatic backups is another very useful task you should complete right away. Android has Google Sync and Apple has iCloud. Both are cloud services that can be set up to automatically backup important data that can be downloaded to a new phone should yours break, get lost or stolen.

Both Apple and Android will automatically keep themselves up to date unless you tell it otherwise. Configuring your phone to only use a Wi-Fi connection instead of your cell data is an important move if you have limited data. All this should be set up for you but it is important to check. Updates will include security enhancements as well as new features and bug fixes so are vital but you don’t want them burning through your data allowance.

Just like your computer, your phone uses an operating system to control it. That operating system and the apps that run on it are susceptible to malicious code as much as a computer. Setting up mobile antivirus is as important here as it is on a desktop. Even more so if you spend a lot of time on the internet. Most phones don’t come with antivirus built in so you have to install it. Do it, now.

Once you have those things covered, you can safely use your phone wherever and whenever you like. Now it’s time to remove your carrier’s bloatware, tell apps how to use your data and share your number with those you deem worthy of having it.

Subscribe
Login
0 Comments
Inline Feedbacks
View all comments
Previous Post: « Ten mistakes the new technician will make when delivering IT support
Next Post: Common IT support questions and the answers we give »