Ten common computer repair myths that need to be busted 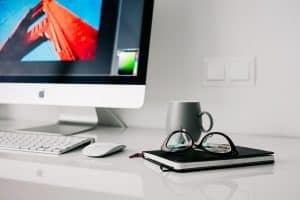 If you read ‘Data recovery myths that really need to be busted’, you will already know that I have an intense dislike for the misinformation that plagues the computer repair industry. Some are accidental but many are perpetuated by some within the industry to keep itself profitable.

Dave’s Computers isn’t like that. We prefer to deal honestly with our customers and I personally think that information should be free and open, not used as currency. That is much of the intent behind this blog, to share my knowledge and to hopefully make using a computer safer and easier for all. That is why I put ‘Ten common computer repair myths that need to be busted’ together.

Computers are technical and they can be complicated but if you follow some simple rules, you can fix many issues yourself. Dave’s Computers Blog regularly features how-to guides to help you do just that. Plus, once you know what computer repair myths are exactly that, you might feel more confident to tackle an issue yourself. You can always bring your device to our Hillsborough computer store if things go wrong.

So here are those ten common computer repair myths that need to be busted.

This one is part myth part truth so I thought I would tackle it first. Like auto repair or home maintenance, there are things that the average person can do themselves and things they likely cannot. There are tasks that an expert can do in minutes that would take someone else a couple hours to do and jobs better left to experienced hands. However, there are also lots of things anyone with the will to learn and a little patience can do.

This is another popular computer repair myth that I dislike. Say your computer boots but doesn’t see the hard drive. That does not mean the hard drive needs replacing. There are a number of causes for this including software, configuration, cabling, operating system faults or partitioning. It is rare indeed that hardware is actually faulty.

Some computer stores insist on selling only brand name spares and will tell you that unbranded or OEM parts are inferior. This is not usually the case. What they won’t tell you is that in many cases, the branded product and OEM product are the same or made by the same manufacturer in the same factory as those branded ones. Globalization has complicated matters somewhat but there are relatively few large scale component manufacturers in the world. Each often makes unbranded products alongside big brand ones.

4. I can use a magnet to securely wipe my hard drive

I have heard this computer repair myth a dozen times in the store. Secure data deletion needs specialist software, not a magnet. The magnet trick worked back in the days of floppy disks but would never work on a hard drive and certainly not on a solid state drive. They can cause corruption but will not wipe data, let alone securely.

5. Windows won’t load so you have to reinstall it

There are at least a thousand different causes for a Windows computer not booting and having to reinstall Windows from scratch is the repair of last resort. There are lots of things we would do before that, some of which are simple, some more complicated. Reinstalling Windows is the very last step we would take, not the first.

Another very common and completely wrong computer repair myth. Free antivirus programs are used by companies as an inducement. They offer them like a free sample. You try it, find out how good it is and want more and are willing to pay for it. The difference between paid antivirus and free antivirus is the features in the box, not the effectiveness of the protection. How good an advert is poor quality antivirus for a company that sells antivirus?

7. I use a Mac so I don’t need antivirus

If that were true I would use one. Apple are very good computers and used to be predominantly virus-free. That is no longer the case and hasn’t been for years. Browser vulnerabilities, weaknesses in third-party software and some very clever viruses have been able to infect Apple devices for a while now. Unfortunately, you need effective antivirus whatever flavor computer you use.

8. Bought computers are more reliable than homemade ones

Buying a ready-made computer from Dell, HP or other manufacturer does not necessarily give you a more reliable computer. We perform computer repairs on all sorts of devices, some homemade and some store bought. As long as you buy your components carefully and follow some simple rules, building your own computers will provide just as much reliability. Sometimes more as you can over specify cooling and interior space.

9. Water cooling a PC is dangerous

We all know that water and electricity don’t mix. That in itself is not a myth. What is a myth is the idea that water cooling a PC can be dangerous. As long as you build it properly and thoroughly test for leaks before switching on the computer, water cooling is a very safe and effective way to cool a computer. I run a water cooled PC and have done for the past four years and it hasn’t leaked once.

10. Switching the computer off at the socket will kill it

Got any other computer repair myths you want to check? Tell us about them below if you do!