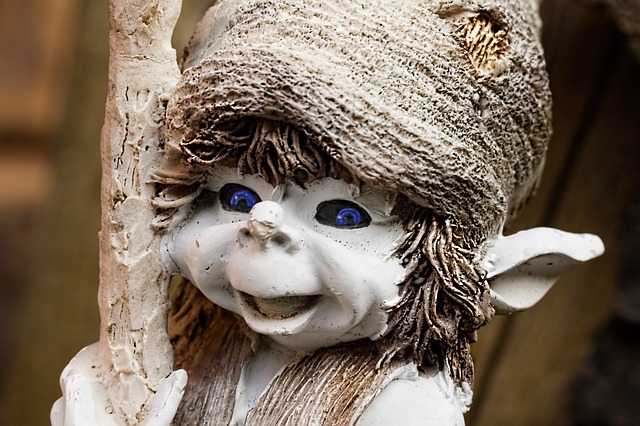 While many elements of computer science, server configuration and networking are complicated, many aspects of computer repair are not. Our industry is full of myths and legends, most are harmless and a big of fun and some are a barrier to entry for both newcomers into the industry and to potential customers looking to keep their computer working.

So we thought we would put together some of the most common computer repair myths and bust them right here. That way, you have a better understanding of what to believe when the media or your friends talk about computers or IT subjects.

1. A slow computer will need reformatting

‘If your computer is running slowly, you need to reinstall Windows’. We hear this one a lot, both in our store and online. It is a myth. A slow computer can be caused by many things including not enough hard drive space, too much clutter, a virus or malware, unwanted software using up resources and a few other things besides.

When we get a slow computer into the shop, reformatting the hard drive is the very last thing we do and only if all else fails!

2. My computer has slowed down so I need a new one

‘My computer is slow and I was told I need to buy a new one’. Who are we to get in the way of you buying a new computer, but don’t do it just because your existing one has slowed down. As above, there are many reasons a computer might be running slow but it won’t be because your computer is getting tired. If you want a new computer, by all means buy one, but don’t believe your old one cannot be revitalized with some expert care.

‘Only Windows get viruses, Mac and other iOS devices are immune to them’. This is another popular myth. Apple never used to get viruses as the operating system is based on Unix, which works in a way that viruses couldn’t handle. Now there are a range of malware and viruses that can attack OSX or iOS. One such virus, KeRanger can do quite a lot of damage.

Other browser based viruses, Java exploits and of course, phishing and social engineering can all affect Mac users.

4. Windows Firewall is enough to keep you safe

‘If you have Windows 8.1 or Windows 10, Windows firewall is all you need to stay safe online’. We heard this one the other day and just had to bust it. While Windows Firewall is better than ever, it still falls short of other third-party firewall software. Plus, it alone cannot protect you from every threat out there in the wild.

You need effective antivirus and malware protection too if you’re to avoid trouble. Leading to…

5. Windows Defender is the best because it is built into Windows

Visit AV-Test and AV-Comparatives to see which is the best antivirus of the moment.

‘If your Windows computer keeps crashing, your memory is broken and you need to replace it’. I heard this from another IT technician at a conference earlier in the year and I couldn’t believe my ears. There are dozens of reasons why a computer would crash and only one of them is through faulty RAM. It could also be misconfiguration, a Windows error, a faulty update, software conflict and a few other things besides.

Hardware rarely fails if it is looked after. Many things can cause random crashes.

‘Like anything, buy a recognized brand and you get quality that lasts longer and works better’. Sometimes true but not always so. Branded parts tend to have much better quality control but unbranded parts are often made from the same materials in the same factory by the same people.

It isn’t enough to just say that brand name will last longer either, as a thousand different things influence how long a component last, the name on the box being the least of them.

8. You have to drain your laptop battery to get a longer life

‘When you get a new laptop you have to drain the battery completely otherwise it won’t  last or charge for as long’. This is an old myth and goes back to the days of Nickel-Metal Hydride (NiMH) batteries. Most portable devices now use lithium ion which has no such restrictions. In fact, the opposite is now thought to be true. Completely drain a lithium ion battery and it is thought it generates chemical resistance to charging, which degrades its operation.

9. Use a magnet to securely wipe your hard drives before selling them

‘I use a magnet to wipe all the data from my hard drive before selling them on eBay’. That’s a shame because it doesn’t work. Back in the days of floppy disks, running a magnet over them did wipe data. Since hard drives and solid state drives work differently, using a magnet does nothing. To securely wipe a hard drive you need to use special software that overwrites each memory sector multiple times. Nothing else will do.

‘I use incognito mode on my browser so nobody can see me and I cannot get a virus’. This myth is dangerous as it is completely untrue. A customer in our store was told to do this by a family member. Private browsing stops the browser from collecting data and using cookies. It only stops you being tracked on your computer. It does not keep you safe from being tracked from the outside or from being hacked or from malware or viruses.