Secure your surfing and your computer with a VPN 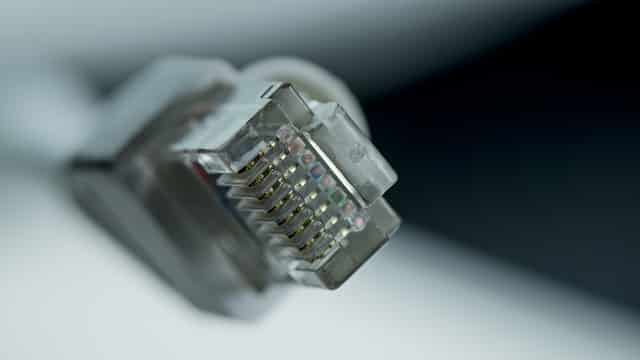 Computer security is a key concern of us here at Dave’s Computers and it should be a key concern of yours too. The internet is the modern day Wild West and is largely unregulated. People do and say exactly what they want without any repercussions and many want what you have, whether that’s money, data or privacy.

Add the massive scale of government spying and you have a compelling case to use a VPN to secure your browsing.

I have nothing to hide and I don’t surf the internet for anything illegal. Yet I don’t want people snooping on me. I don’t want my surfing activities tracked and I certainly don’t want to compromise client data while fixing their computers. That’s why I use a VPN. Hopefully, but the end of this article, you will consider using one too.

What is a VPN?

A VPN, or Virtual Private Network, is a technology that wraps up your internet traffic into a private tunnel so nobody can see it. Someone watching your internet traffic could see that you were using the internet but your traffic would be encrypted so they couldn’t see what you were doing. The other end of the tunnel is similarly protected and then disperses your traffic onto the internet in an untraceable manner.

Think of a highway. When you’re driving, you can see the other cars, how many people are in each one and every what that driver looks like. It’s the same with this traffic as it is with web traffic. If you want to see who is doing what, you just look. Now imagine next to the highway there is a tunnel running alongside. You know people are using it and it is carrying traffic but you don’t know who they are or where they are going. That tunnel is like a VPN.

VPNs have been used in business for decades. They offer a secure way for one computer to connect to another. We use them here at Dave’s Computers to connect to our remote support clients. It is another layer of protection that secures both us and our customers.

Popular media tries to link VPN use with illegal activity such as software or movie piracy. While some people do use it for those illegal reasons, the vast majority of VPNs are used for completely legal means.

Why should you use a VPN?

I’ll give you five very good reasons why you should use a VPN.

Privacy is gradually being eroded with every successive government. They use many excuses to justify spying on citizens but that is exactly what they do. Hackers and other nefarious characters also like to spy on internet users too. Nobody may be spying on you at this very moment, but you would never know.

You may never do anything illegal or have anything to hide but that is for you to determine, not the government or one of their spy agencies.

Whether you just surf at home or use public Wi-Fi, using a VPN keeps you safe. Public Wi-Fi has no security whatsoever. Even hotel or paid-for Wi-Fi services don’t have any, or have very little security. Even a newbie hacker with a simple free tool can see what you’re doing, who you’re emailing and all of the instant messages you send.

It is up to you to control your own privacy and a VPN does that. It encrypts traffic from your device to a specific location on the internet. From there, it’s just anonymous traffic among millions of other surfers.

If you live somewhere that likes to control what you see on the internet, a VPN is essential. The secure tunnel allows you to burrow out of censorship and access the internet freely and avoid any potential repercussions of accessing data or websites you shouldn’t. In some countries, this can be a lifesaver. Literally.

In the U.S. we don’t have quite the same concerns, yet the sites you visit are monitored and can be used against you.

Geoblocking is an incredibly outdated method of restricting content depending on where you live. Hollywood and the music industry are both guilty of this practice and force companies like Netflix and Hulu to restrict content to certain territories depending on licensing agreements. For example, if you have a Netflix account and travel to Europe , you will find you suddenly don’t have access to half of the content available on the platform.

Use a VPN however and you can get it all back. Netflix are actively fighting VPNs but there are providers who offer reliable services to outwit them.

Everything you do online is logged and tracked. If you would prefer that it didn’t happen, use a VPN. For example, say you’re writing a paper on domestic terrorism and need to do research. Search for something like ‘homemade bomb recipes’ and your search term, IP address, time and date will be logged, flagged and perhaps investigated. Use a VPN and that won’t happen.

While I am certainly not advocating using a VPN to break the law, there are many reasons why you might want to visit certain websites. It is up to you and your conscience to decide what you do online, not the state.

VPNs come in two flavors, free and premium. Free services usually have data limitations but offer the same kind of security as a premium service. The upside is that they are free so you can pick them up and put them down as you see fit. The downside is that they are usually busy, somewhat slow and the IP address range they use will be known by services like Netflix.

Most premium VPN services will have unlimited data and offer a selection of IP ranges in several countries. They will also usually be faster than free versions as they need to justify that cost. Some will also offer specific services to access Netflix or Hulu while outside the U.S.

Check out these reviews for VPNs. While the title says these are for torrenting, you don’t have to do that. The benefit for you will be no logs and increased security.

While you certainly don’t have to use a VPN to enjoy secure surfing, I certainly suggest it. For the relatively low monthly cost, you supercharge your privacy in so many ways. You would be mad not to use one! Another great resource for VPN comparisons can be found here as well.